Can a planet's changing tilt be aligned with the rotation around its star? [duplicate]

What I'm asking is if the tilt of a planet can "follow" the rotation around its star so that, for example, its north pole would always lean towards the star, and thus always be under daylight. The planet could have a tilt similar to earth's 23.5°. And can that planet have a rotation around its axis, allowing for day/night cycles closer to the equator? Hopefully this image will explain what I mean. The tilt (red line) stays the same, but the pole is leaning toward the star throughout the whole year, while the planet rotates around its axis. 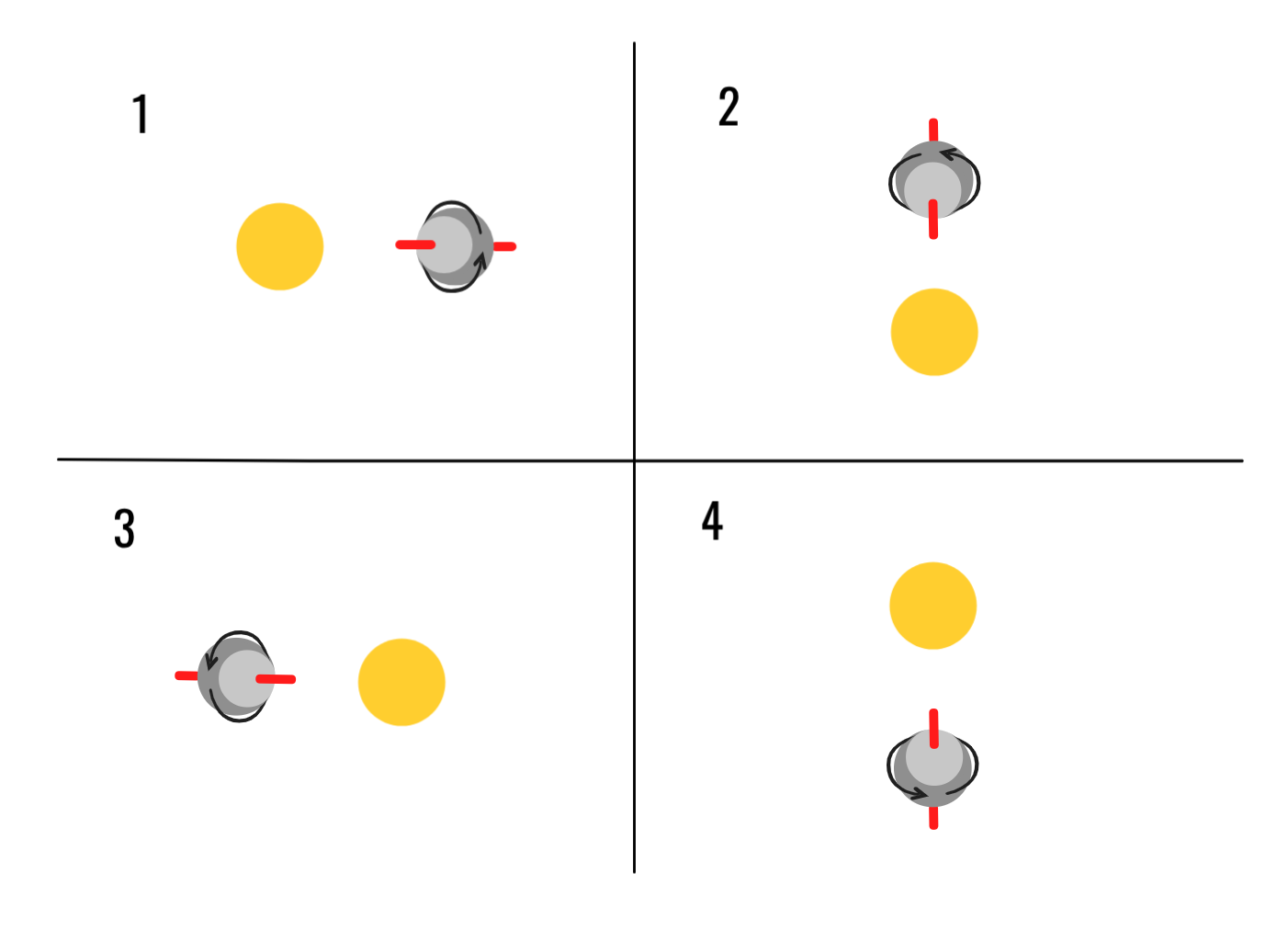 No, or at least not for a planet of any size. To change the absolute direction of the axis of rotation of a planet needs a large force acting in some way asymmetrically. In the case of the Earth this comes from the gravity of the sun and the moon acting on the Earth's equatorial bulge and it takes 26000 years to rotate the Earth's axis around a cone 46 degrees wide. To rotate the axis in a full circle (a cone 180 degrees wide) in a single year would only be imaginable for a very irregular planet (which means a small one, since big ones collapse into spheres under their own gravity) probably with a very large and close moon to pull on it.

Kinda. Uranus has an axial tilt of 98$^\circ$, which means that it is only 8$^\circ$ off of having a pole that faces exactly the Sun. However, it wasn't formed that way. We predict that large objects, probably protoplanets, struck Uranus early in its life, which caused its axial tilt to be shifted almost sideways. Uranus definitely has day night cycles (since the 8$^\circ$ give some leeway), but, just like the Earth has midnight days and polar nights close to the poles, Uranus will have the same, but with a much larger range. In fact, only the equator and places near the equator would be spared from this, just as you described.

However, the pole is not locked to face the star, so I guess the answer is no because of angular torque, there's more to this here.

Not the answer you're looking for? Browse other questions tagged planet orbit rotation or ask your own question.

7
Are there any known planets whose axis is oriented such that one pole always faces its star?

10
Cancelling out earth rotation speed, Altazimuth mount
7
Are there any known planets whose axis is oriented such that one pole always faces its star?
9
Why do Uranus' and Pluto's moons orbit the equator? What makes a moons' inclination tilt with the rotational axis of their planet?
3
Tidally locked, and yet spinning?
2
Can there be a three-moon system where only two are visible most of the time?
1
How does the surface gravity on Mars vary between the equator and its poles?
28
How is Uranus' north pole defined?
3
How to understand exactly why gravity darkening happens on rotating stars?