What exactly is wrong with this plaque in Neil deGrasse Tyson's “back yard”? Has it been fixed?

The Wikipedia subsection Observable Universe; Misconceptions on its size shows this image of a plaque, with the caption:

An example of the misconception that the radius of the observable universe is 13 billion light-years. This plaque appears at the Rose Center for Earth and Space in New York City.

The Rose Center for Earth and Space is a part of the American Museum of Natural History in New York City. The Center's complete name is The Frederick Phineas and Sandra Priest Rose Center for Earth and Space. The main entrance is located on the northern side of the museum on 81st Street near Central Park West in Manhattan's Upper West Side. Completed in 2000, it includes the new Hayden Planetarium, the original of which was opened in 1935 and closed in 1997. Neil deGrasse Tyson is its first and, to date, only director.

That last line is the operative part. Dr. Tyson is a world-renowned stickler for truth and accuracy, and so a problem in is own back yard needs to be investigated. 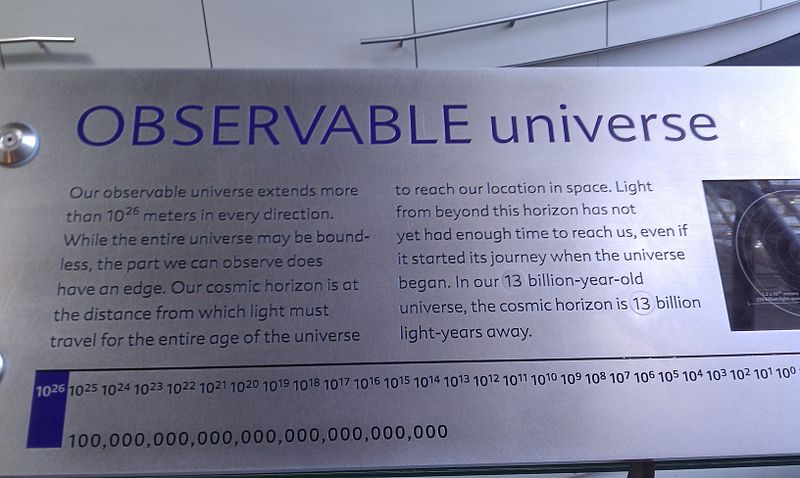 above: Incorrect plaque at the Rose Center for Earth and Space, April 2011

below: Rose Center for Earth and Space Source which literally contains the famous Hayden Planetarium. 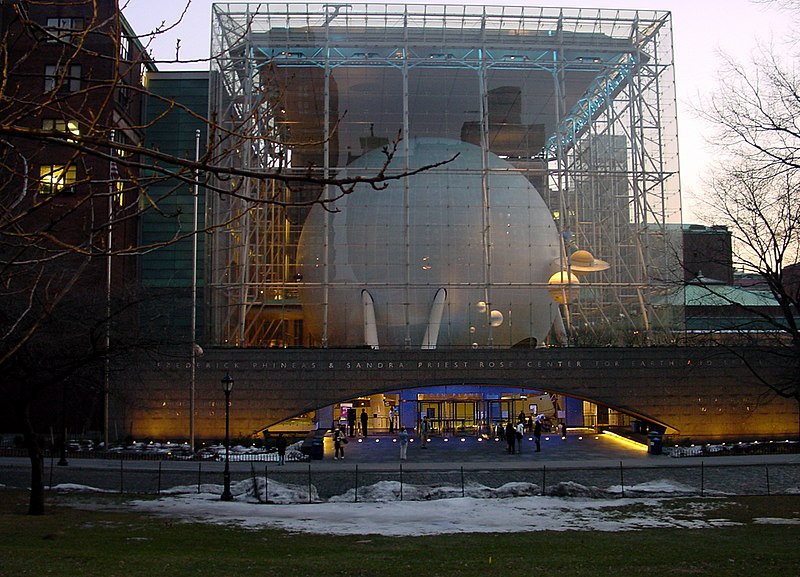 Update: I just noticed that even in 2011 the plaque had already been amended (at least) once!

Not the answer you're looking for? Browse other questions tagged cosmology observable-universe cosmological-horizon or ask your own question.

18
How can the 13.8 billion years old universe have a radius of 46 billion light years?

8
What percentage of the hydrogen today has never been in a star
2
Why do we expect Type Ia Supernovae to be brighter in a decelerating Universe than what has been observed?