this answer to Claim that 30-m class telescopes will have resolution far superior to Hubble: true? mentions

...the possibility of attaining near diffraction-limited images using adaptive optics.

The most familliar example of near-diffraction-limited optics is the Hubble Space telescope which has been operating for about 30 years above Earth's atmosphere. By extensive analysis of the resulting images of a single stars at several out-of-focus positions using phase retrieval it has been possible to determine a static phase error map for the system and to use this to generate simulated point spread functions which can then be used to deconvolute intensity images, sharpening them in a science-based way to see dim features nearby much brighter stars for example.

I should also cite J. D. Rhodes et al (2007) The Stability of the Point-Spread Function of the Advanced Camera for Surveys on the Hubble Space Telescope and Implications for Weak Gravitational Lensing (also arXiv and Caltech) which discussed (among other things) the interaction between drizzling and PSF models.

While the phase surfaces of the Hubble space telescope are relatively static, the whole point of adaptive optics is to dynamically modulate the phase map of the aperture to compensate for wavefront distortion in the atmosphere. Since this can not be done perfectly, the resulting point spread function may differ from the familiar diffraction pattern of a circular aperture occluded by a central obstruction and spider vanes.

For a narrow-band filter, what do they look like? Do they still show an Airy disk?

1 as opposed to What does a narrow-band "point spread function" look like for long exposures from the VLT's large interferometric aperture?

From ESA's HST page heic1819 — Photo Release; Hubble reveals cosmic Bat Shadow in the Serpent’s Tail and What is the cause of all of these sharp, concentric rings around bright stars in this HST image?:

Further stretched in contrast and size: 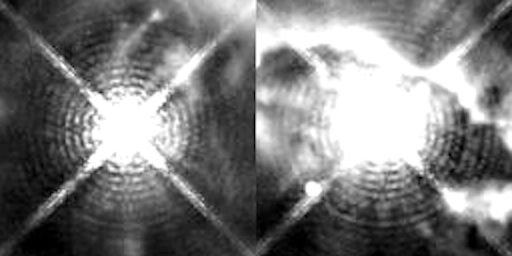 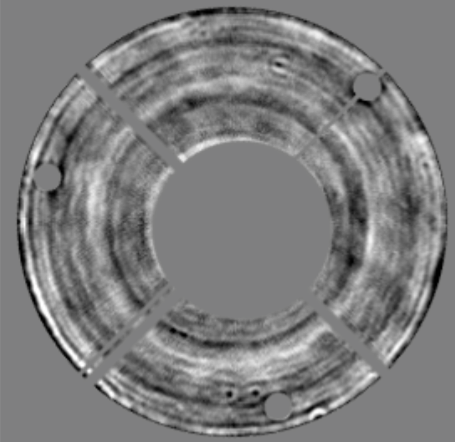 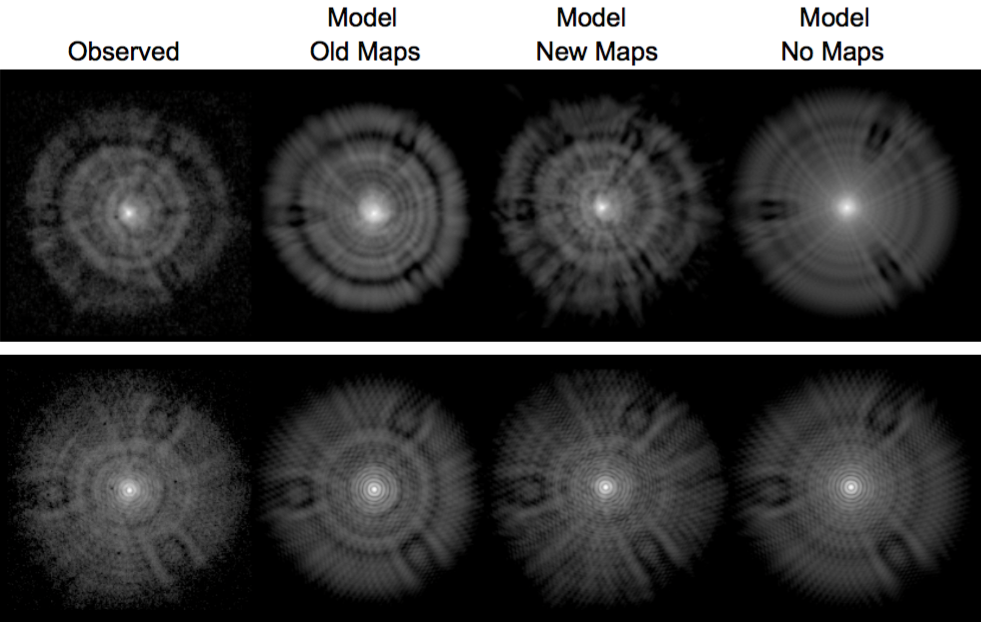 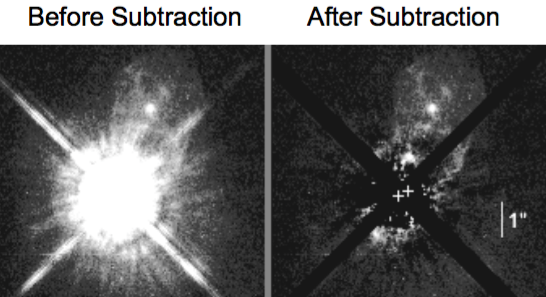 Figure 9. (Left) Long exposure image of the XZ Tauri binary system using WFPC2 PC and filter F675W. An outflow from the system is seen extending to the upper right, but the glare of the PSFs interfere with details closer to the stars. (Right) The image after subtraction of two Tiny Tim PSFs matched to the stars. The diffraction spike residuals have been masked.

To answer this, I went fishing for some data, and randomly caught a great fish on the first try!

I went to the Keck Observatory Archive, and selected the NIRC2 camera only, specifying a 1-month date range far enough in the past that there should be plenty of publicly-available data. I scrolled through the search results until I found a narrow-band filter, "H2O_ice." The wavlength range listed for this filter in the table is 2.99-3.14 µm, which is a 5% bandpass, commonly considered narrow-band.

I can make out the first and second Airy rings. They are lumpy because the AO correction is not perfect (we know it is an AO image because AODMSTAT and other keywords say the AO loops are closed), and the rings are hexagonal rather than circular due to the shape of the primary mirror segments.

It makes sense that narrow-band AO PSFs should resemble Airy functions. Here are the first 3 figures in the current Wiki article on Airy disk: 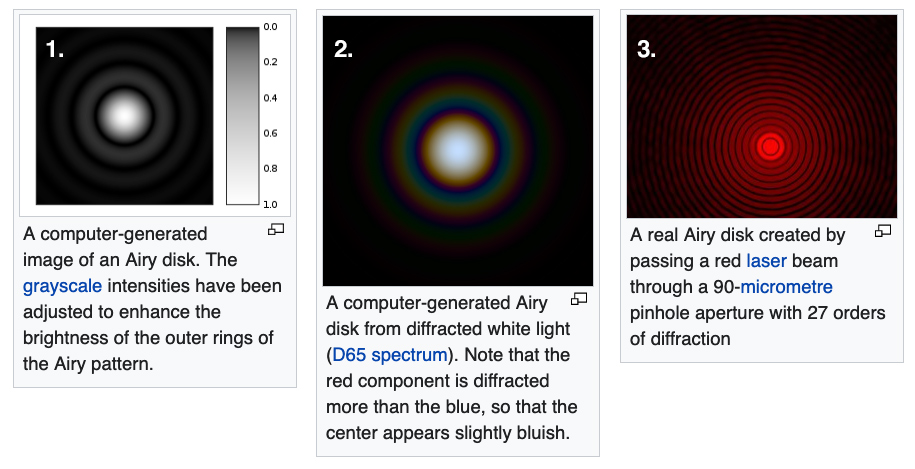 Fig. 1 - Usually basic calculations like these are for a single wavelength of light, and you do see the rings.

Fig. 2 visually shows the $\lambda/D$ dependence of the Airy function on wavelength. If the filter is broad enough, this chromatic dispersion would cause the ring to blend into the core, and eventually the photometric curve would look more like a Gaussian. So it's actually BROAD-band filters that show more poorly defined Airy rings than narrow-band.

You might be able to see this effect in Fig. 3 of the original question. The two rows are for filters F253M (top) and F486N (bottom). For HST filters "M" means medium bandwidth and "N" means narrow band. It looks like there is more fine structure in the bottom row, compared to a more blurred radial distribution in the top row, but these PSFs are very complex, and the image is stretched to show the outer halo of the PSF. You can't see the first Airy ring very well at this stretch and magnification.

Fig. 3 - You can clearly see the diffraction pattern from laser illumination, the ultimate real-life narrow-band light!

5
Claim that 30-m class telescopes will have resolution far superior to Hubble: true?
3
What is the cause of all of these sharp, concentric rings around bright stars in this HST image?
2
How much are the benefits of installing a telescope in orbit?
2
What does a narrow-band "point spread function" look like for long exposures from the VLT's large interferometric aperture?

2
Why weren't the Hubble light-echo images of V838 Monocerotis supplemented by ground telescopes?
7
How could a 20 inch space telescope "be able to make out Earth-size planets" orbiting Alpha Centauri?
2
Why is this HST WFPC2 image so much fuzzier than the WFC3 image of the same field?
8
Why was the (small) Hubble better able to find KBO targets for New Horizons than large adaptive optics ground telescopes?
3
What is the cause of all of these sharp, concentric rings around bright stars in this HST image?
2
What does a narrow-band "point spread function" look like for long exposures from the VLT's large interferometric aperture?
6
What (if any) capabilities of Hubble are unique and irreplaceable? What can it do that can't be done by any other ground or space-based telescope?