Successor to the Hubble Telescope

Are there any plans for the 'Hubble2'? Maybe with an even bigger mirror capable of even finer resolution, to look even deeper into the origins of the universe?

If so, when can we expect to see it in action?

The James Webb Space Telescope (JWST) will be Hubble 2.0, and, my personal favorite, it could get a better look at planets in other solar-systems than we've ever had. Scheduled for launch in 2018. (Footnote, as Rob Jeffries points out, it's infra-red through long-wave visible light only). Hence, no Blue/Indigo/Violet or Green, but some yellow. So, it's not quite like Hubble, but it's still often called Hubble's replacement.

Spitzer observes infra-red. They both followed Hubble, but they're not the same type of telescope.

WFRIST/AFTA is probably the closest thing to Hubble that is going up. It has a similar 2.4 meter mirror will perform wide-field imaging and surveys of the near infrared.

Although the JWST is often touted as the successor to the HST, this isn't technically true, as Rob pointed out the JWST is designed to work in the infrared not optical wavelengths. One possible, more direct, successor could be the ATLAST (Advanced Technology Large-Aperture Space Telescope) telescope, it would not only be able to observe in the optical but also infrared and ultraviolet. The primary mirror is planned to be between 8-16.8m in diameter and would be able to achieve up to 2'000 times better angular resolution than the Hubble can at present. It would make use of the newly developed Space Launch System (SLS) to place it into an L2 orbit (also where JWST is heading), and there are also plans to allow servicing missions to the telescope every 5-7 years (similar to how the HST was serviced in orbit) to enable astronomers to upgrade the instruments on-board. 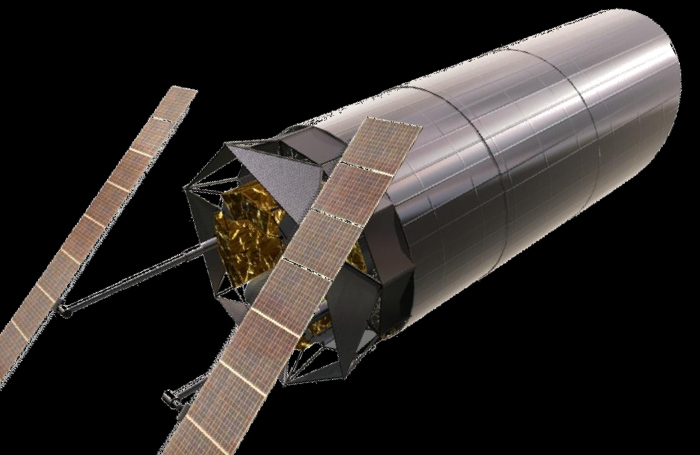 However this telescope still hasn't left the drawing board and is unlikely to meet its 2025 launch date, funding for such a large telescope is guaranteed to cause a delay in construction as it would probably require an international collaboration just like the HST was jointly commissioned by ESA and NASA.

Not the answer you're looking for? Browse other questions tagged hubble-telescope photography or ask your own question.

7
Instrument aperture sizes on Hubble Telescope
14
How to identify stars in photographs?
5
Claim that 30-m class telescopes will have resolution far superior to Hubble: true?
8
Are those noise or stars?
8
Why was the (small) Hubble better able to find KBO targets for New Horizons than large adaptive optics ground telescopes?
2
How does the Hubble Space Telescope "Drift and Shift"?
7
Has Hubble photographed Venus in near IR? If so how does it compare to the new and exciting Parker Solar Probe image?
5
What (if any) capabilities of Hubble are unique and irreplaceable? What can it do that can't be done by any other ground or space-based telescope?