Given currently accepted models of the universe,

The question How strong is the gravitational stretch we experience from the edge of the universe? is possibly related, but it's focused on some stretching effect which I'm not familiar with.

One answer to the related question How much of the Universe is invisible to us, and how does it affect our theories? states:

there does not seem to be any large mass concentrations outside the observable universe, since these would be seen as bias for movement of galaxies and galaxy groups, which also supports that the rest of universe is at least very close to what we can observe directly

But this talks about the absence of large mass concentrations, while I'm asking more generically how mass outside the visible universe is reflected in current models.

We don't know how much Universe there is outside our observable Universe.

The observable Universe seems to have a "flat" geometry (in the 3D sense, not in 2D). If it really is globally flat, then it just goes on and on forever, i.e. there is infinite mass. However, just as Earth looks flat on small scales, it might very well be that the Universe has another geometry on scales larger than we can observe.

A recent paper (Di Valentino et al. 2019) claimed evidence for a "positively curved" geometry, implying that the Universe is only (very roughly and with high uncertainties) three times bigger than what we see (see this answer and comments for the calculation). However, the authors sort of cherry-picked one out several of the data sets of Planck Collaboration (2018), and the evidence is not convincing.

…and we don't care

However, no matter if the Universe is finite or infinite, we do not take into account the mass outside the observable Universe in any calculations. This mass does not affect us in any way. Gravity travels at the speed of light, and hence hasn't had time to reach us yet. More importantly, due to the inverse square-law, gravity on any object is by far dominated by nearby sources.

Well, we care a little

There is a sense in which you can say that the gravity is taken into account, though: So-called "cosmological simulations" aim to simulate the formation and evolution of the large-scale structure and the galaxies of the entire Universe. Of course, we cannot simulate the entire Universe, so instead we simulate a large chunk of it; large enough that another similarly-sized chunk would not be statistically different from it (preferably several hundred million light-years on each side). 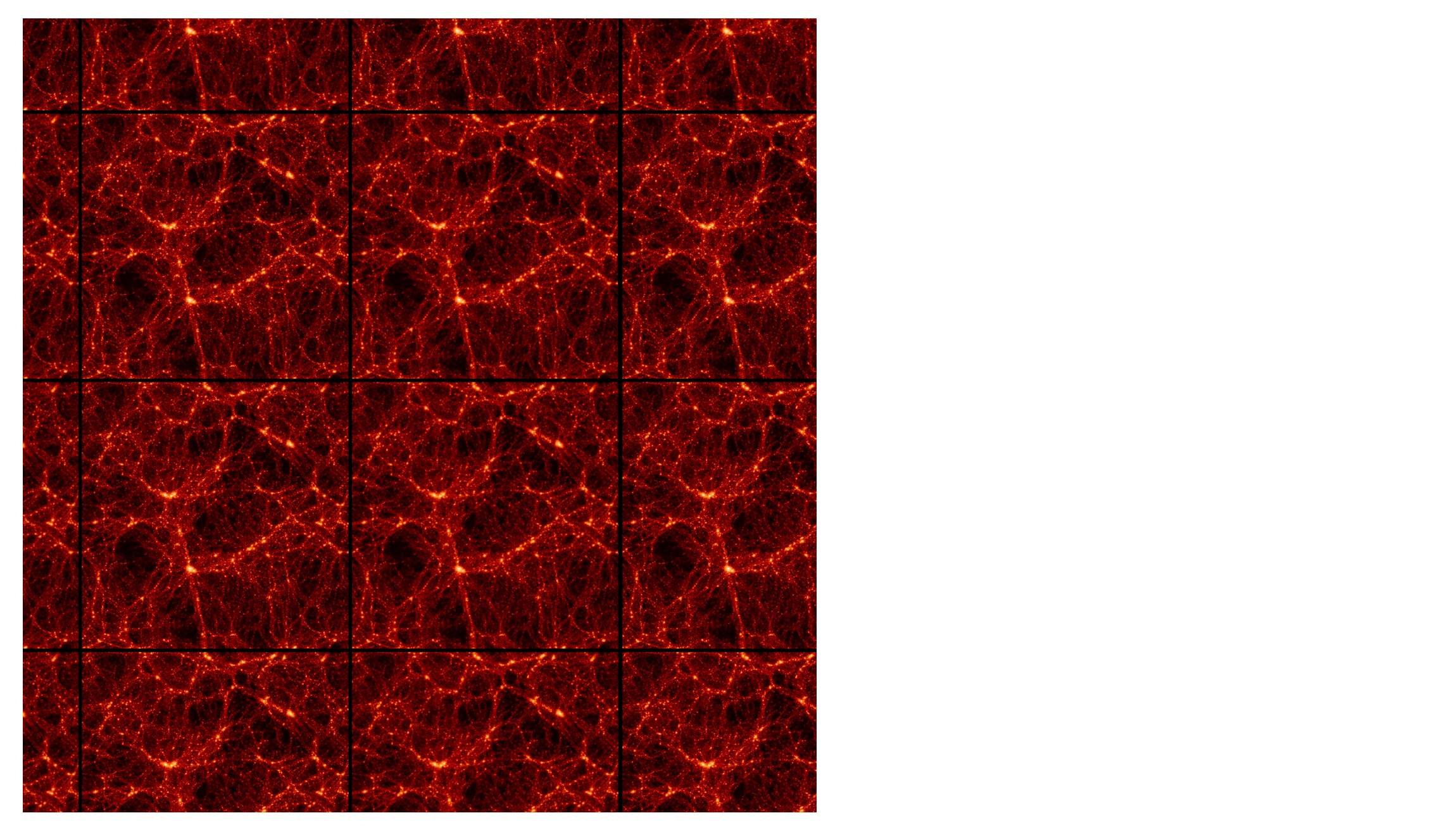 Snapshot from the Virgo simulations (Jenkins et al. 1998), where I've tiled the box in several copies, emphasizing the periodic boundaries.

You don't need to model it if you assume the universe is homogeneous and isotropic. If it is, then any uniform shell of material has absolutely no gravitational effect on anything inside the shell. This is true in Newtonian physics and in GR.

Not the answer you're looking for? Browse other questions tagged gravity observable-universe .

8
Based off of the study that found the universe has a positive curvature, how big would the whole universe be?
1
How much of the Universe is invisible to us, and how does it affect our theories?
0
How strong is the gravitational stretch we experience from the edge of the universe?